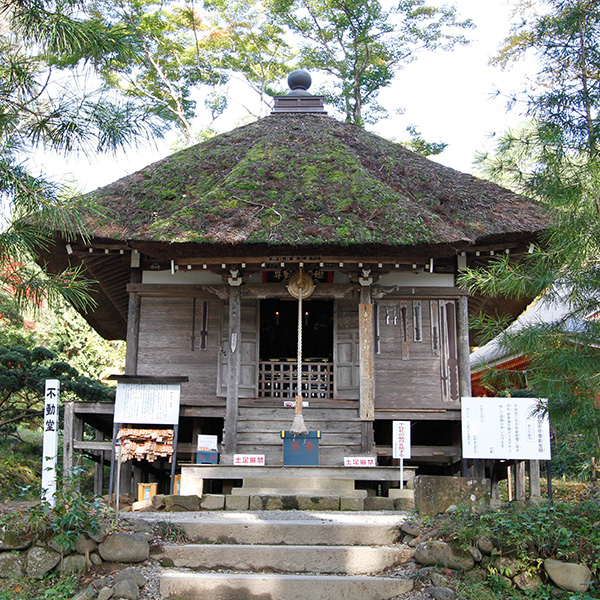 This hall was dedicated by Chishô Taishi and originally sited above the Himemachi waterfall where it was rebuilt by Fujiwara no Motohira. It was moved to Takkoku in 1789. The rare statue of the god Fudô, designated as a prefectural treasure, is carved from a single block of katsura wood and dates from the late Heian period. The lion had mask on the right at his knees dates from the Muromachi era and on the left from the Edo era. They were used for Shishimae (Lion dances) at Takkoku.
Fudô is the god who protects people born in the Year of Chicken. To avoid bad luck, you should present a sword to the god. Fudô gives protection from fire and afflictions of the eye. You should wash your eyes with water from the Akadô just below the hall. In this way, you are supposed to have your greatest wish fulfilled once in your life. 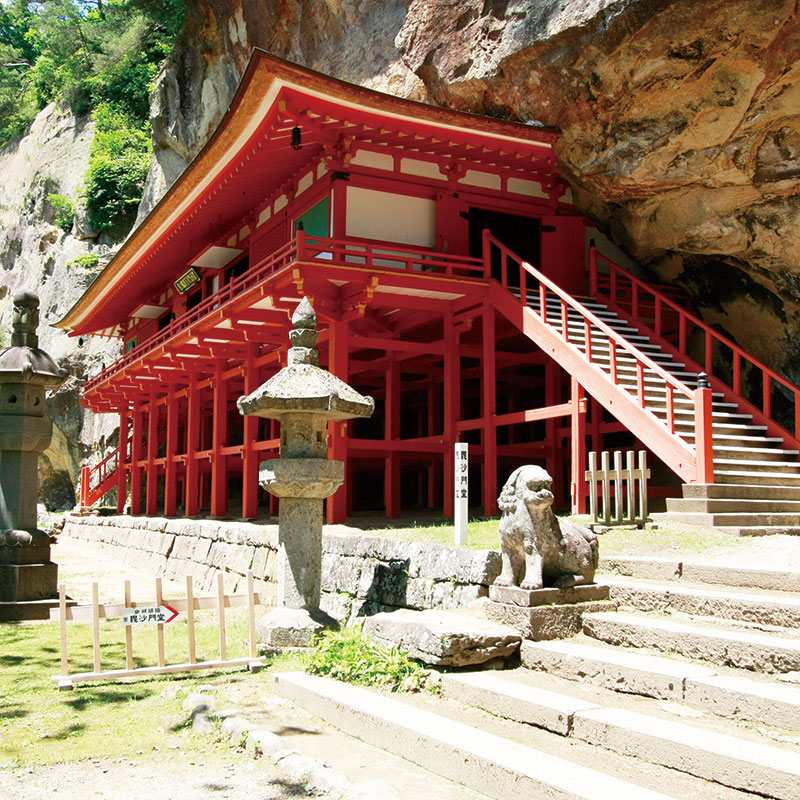